Menu
Log in
Register
Navigation
Install the app
More options
View sidebar
Close Menu
You are using an out of date browser. It may not display this or other websites correctly.
You should upgrade or use an alternative browser.

America vs. China/ Russia in a war

What if the United States and Sino-Russian alliance went to war with each other? It would certainly seem to be the closest thing humanity has ever come to armageddon given the sheer firepower and resources which these three military powers possess. Both the Russians (Soviets) and Chinese supported the anti-US forces in both Korea and Vietnam, yet the superpowers (thankfully) never came into direct conflict with each other. What if that were to change?

Tensions have been mounting in recent years with Russia feeling US-led NATO is encroaching on it's borders, with the Chinese feeling the Americans are interfering in regional issues ranging from Taiwan to the South China Sea. Both China and Russia have each other's backs, both now and in the event of a conflict with the USA. 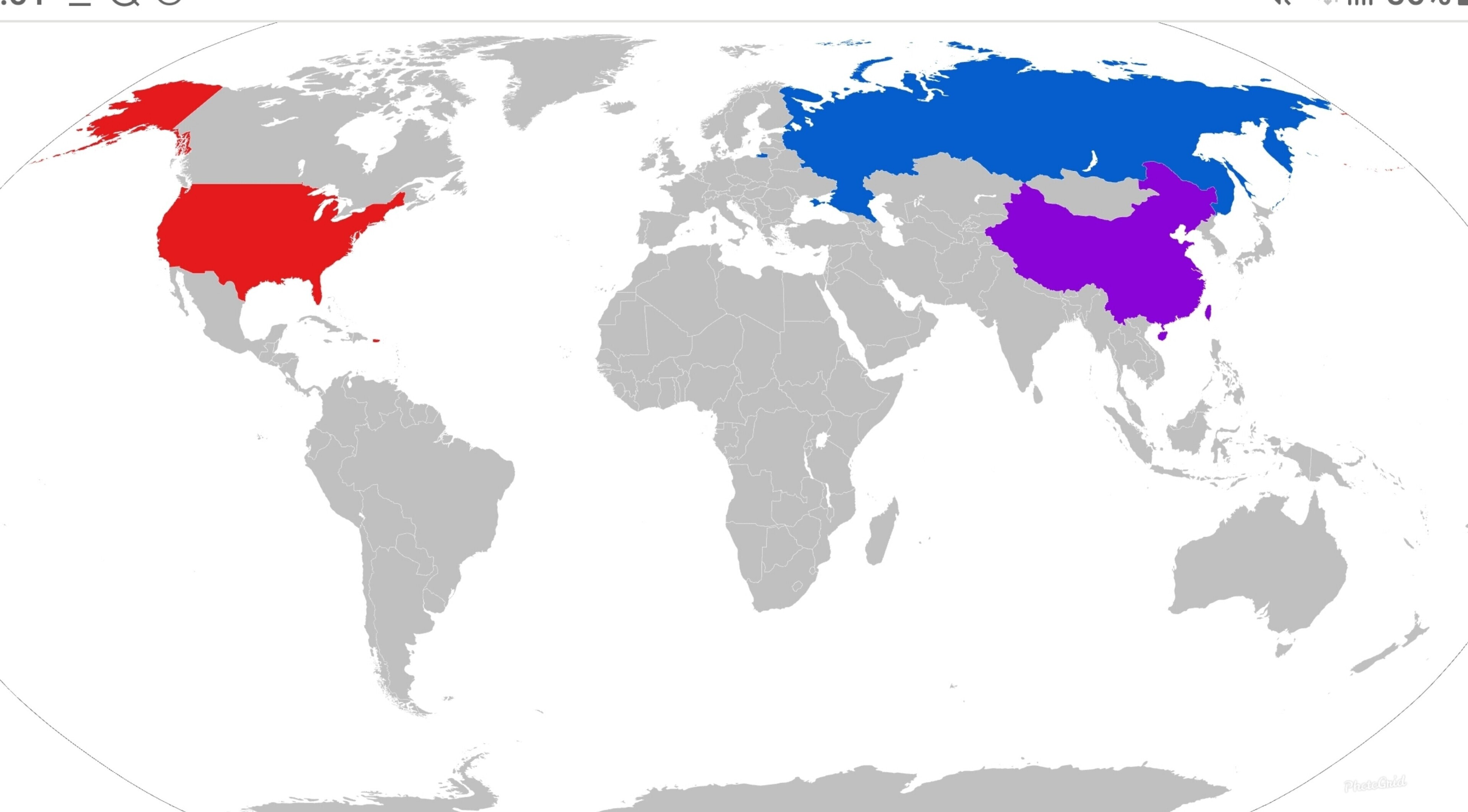 A series of agreements started during 1970's following meetings between President Nixon and General Secretary Breshnev saw a cessation in the proliferation of nuclear weapons and SALT agreements witnessed the removal and decommissioning of existing nuclear weapons aimed at one another.

Mutually assured destruction saw to it that the nuclear weapons race was going nowhere because if one attacked the other would retaliate.
It was this sort of tension which kept both sides relatively honest. But I feel that while nuclear confrontation was avoided, proxy war did occur in places like Vietnam, Angola, Middle East, Central America and South America where both sides were providing military and political support to opposing forces in those territories.

The days of nuclear mutually assured destruction doesn't seem to be the case today between USA/China-Russia.
Perhaps there is a good argument that such destruction might keep both sides honest??????

Any conflict will be financial from now on I think.
The US is on its knees. The petrodollar is tetering.
Saudi is abandoning it as we speak because their markets are tied to it. They don't want to sink with it.
Taiwan I think, is just a distraction atm.
China and Russia with possible input from India (its love affair with the US seems to be souring as well) will dominate over the next decades.
It may make for a refreshing change.

I think China is perhaps the bigger threat, if they invade Taiwan then all bets are off.

Though, if anyone was going to attack the US, now is the time. I doubt they have ever been more weaker and divided since the 13 colonies went for Indpendance.
R

Oblivion said:
I think China is perhaps the bigger threat, if they invade Taiwan then all bets are off.

Though, if anyone was going to attack the US, now is the time. I doubt they have ever been more weaker and divided since the 13 colonies went for Indpendance.
Click to expand...